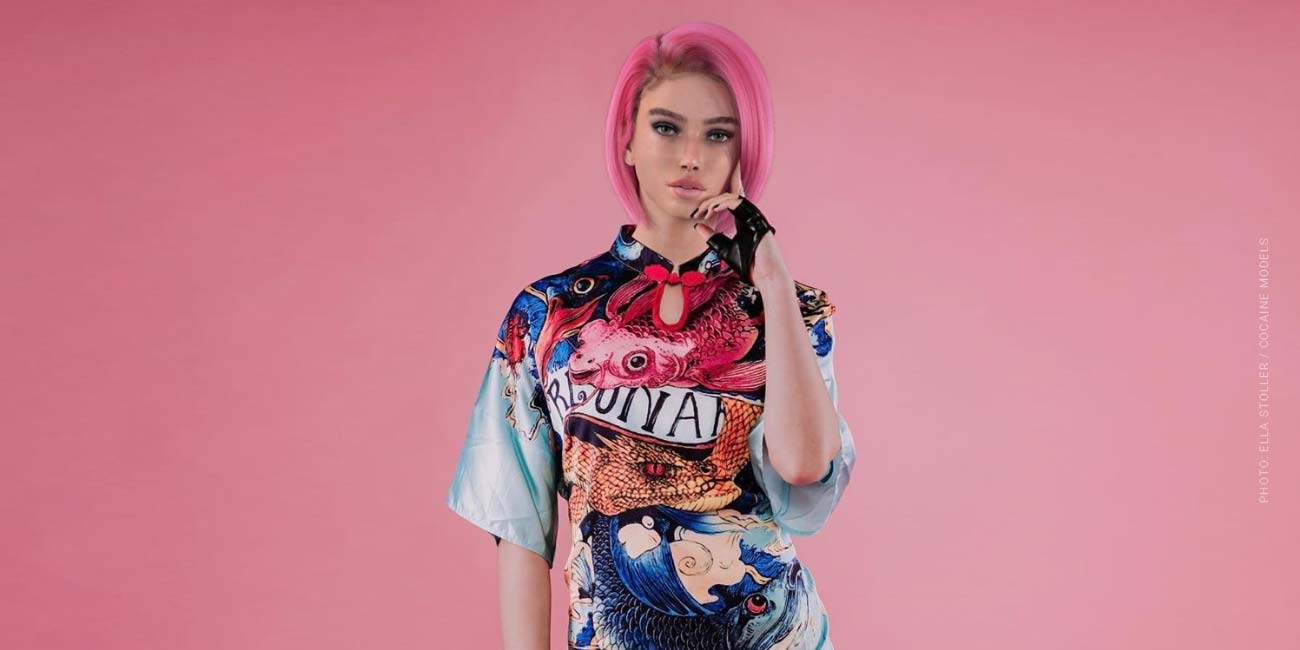 Virtual models now appear on the front pages of major magazines such as Vogue, Harpers Bazaar, Elle and Vanityfair. They are the new faces of marketing campaigns and receive a lot of attention and prestige in the social media. The generated models are not only incredibly hyper-realistic, but also capable of seamlessly transforming and revealing completely new outfits, poses and faces. Because each model’s look is completely unique and is generated from scratch, the models can be tailored to meet the needs of each client. This technology has the potential to be used by fashion brands as a time- and money-saving measure. The possibilities for what can be created are virtually endless.

Advantages of virtual models inside and outside the fashion world

Virtual models offer a very clear advantage: time does not exist. They are virtually immortalized, their career could last decades or even centuries. The aging process and the use of the model can be coordinated. Through virtual models, companies get a tempting opportunity to design a model that is aligned with the brand image and can be adapted to the exact target group. The look and personality of a virtual model can be tailored to the specific industry, so you can customize it for any sector, even outside the fashion world.

As a social media agency, there is of course an absolute new trend in the air.

The online store wholesaler ASOS presents products on such models on the so-called virtual catwalk. The ‘Virtual Catwalk’ offers consumers an effortless way to view products in real life. To make the most of this new in-app feature, ASOS users can point their smartphone camera at a flat surface and press the AR button. In this way, a realistic virtual reality model appears before their eyes to present the selected product.

Who is the model?

Another advantage is that you can mount any background. The need to travel to one place for a campaign no longer exists, which in turn has a positive effect on the environment. Costs are saved and additionally, in times of a pandemic, working can be continued without danger.

One thing can be clearly said, virtual models are not short-term hype! The tech start-up company Brud and at the same time the creator of Instagram-Sensaion ‘Lil Miquela’, received a seven-figure financing, in the future more art figures from different industries will populate the covers of our magazines and the social media.

Advantages at a glance

The biggest advantages at a glance:

How fast do virtual models grow? The number of relevant virtual models and influencers is still manageable. But the popularity is growing more and more. The market size for influencers on Instagram is growing annually, worldwide by 50%, in 2019 the market value is 2.38 billion dollars. The virtual models work with the greatest designers of our time, have cross-industry collaborations with a wide variety of brands, from electronics to technology, fashion and cosmetics.

The models build up reach, users and customers build an emotional connection to them, follow their lives, follow their steps. Their growth is so rapid that they sometimes overtake movie stars, singers, TV celebrities, athletes and other well-known flesh and blood people in their follower numbers. Collaboration with virtual models, increases the success of the brand on Instagram as they become more and more audible. Brands such as Dior collaborate with companies and have a virtual model report on their fashion show on the account.

The possibilities are growing and the potential is more and more recognized.

What makes virtual models so special?

Their appearance is amazingly real, their characters individual. Creations, which are breathed life into. They build up an image so that brands and users can identify with them. They are more diverse and changeable than ever before. The boundaries of space and time are removed by you. New ways and possibilities open up to address target groups and do marketing. Virtual models clearly stand out from the crowd. It is innovative, it is new and still a rarity. Virtual models and their beginnings are something that will be talked about in the far future. For companies it is currently only advantageous to give this idea a chance and be among the first before it has become normal. A company gets the opportunity to solve internal problems independently. It is clear that sooner or later everyone will try to get a piece of the cake. The discovery of new models is a big part in the fashion world and through virtual models the possibilities are endless.

This is how real digital influencers in advertising look.

Already read? The interview with social media agency owner Stephan Czaja, on the topic of “Digital / Virtual Influencers” and their current market opportunities: