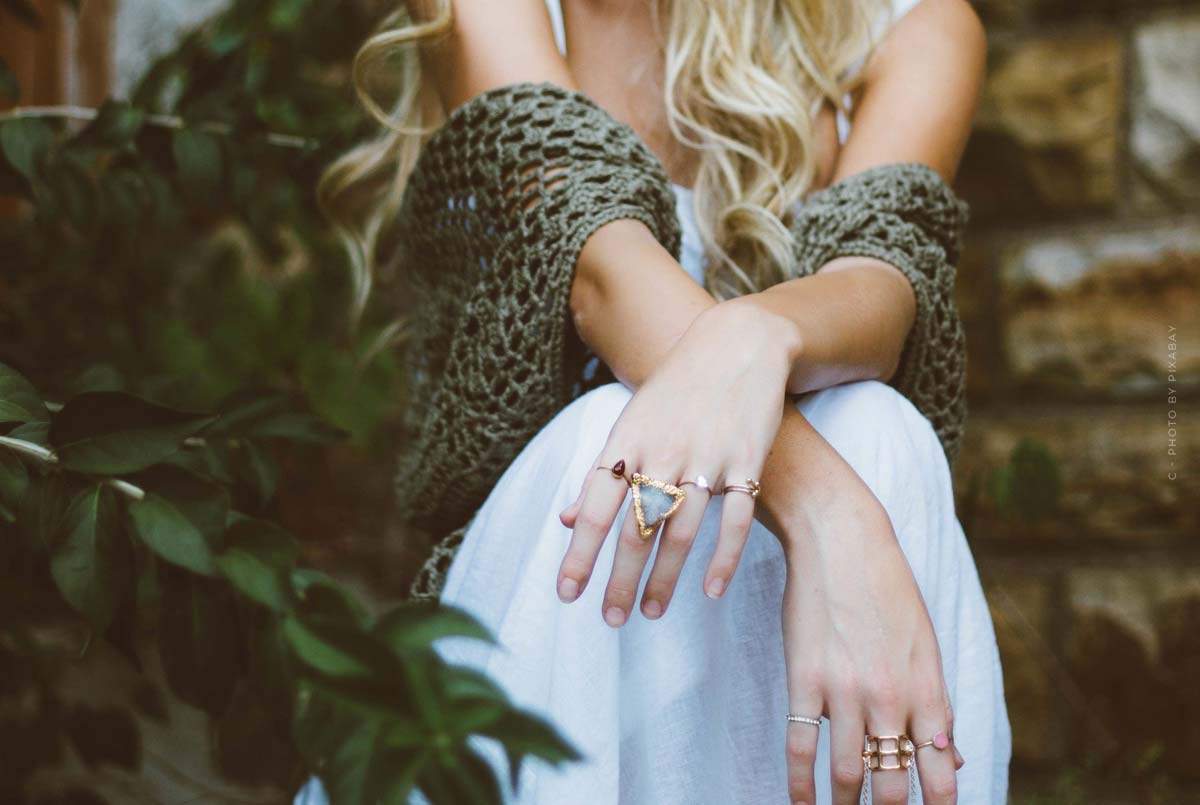 Bermuda is bae – The scandal monger of the virtual influencer world is attracting international attention primarily for her controversial world views. From her support for Trump to her denial of climate change, the blonde beauty shimmies from one controversial opinion to the next. But who is she anyway and how did she gain her popularity? Read more in this article.

The young model from Los Angeles presents herself on Instagram like the typical Insta-baddie: flashy colours, eye-catching make-up and lots of bling bling. But instead of a polished image, Bermuda shows antagonistic traits. She loves controversy and scandal and jumps into them without fear of losing face.

Tip. Read more about virtual influencers and who you should know among them!

The digital model and her friends like Lil Miquela and Blawko22

@bermudaisbae is not a lone wolf, quite the opposite. She has solid references to many other virtual influencers. Lil Miquela and Blawko22, in particular, keep popping up on her profile. She shares a close familiarity with the latter in particular, as the two were a couple for a while. However, the love didn’t last too long.

The reason for the separation of the tattooed bad boy and the sexy blonde were personal differences. The two were just too different, which led the virtual male model to the conclusion that the relationship had a negative impact on his well-being. However, the two ex-turtel doves remained friends.

The biggest scandal Bermuda launched so far was to reveal the identity of girlfriend Lil Miquela to the public when she had not yet shared her virtual nature with the world.

Bermuda published a post in which she claimed to have given Miquela Sousa the chance to show her true colors to the world, otherwise she would. This beef generated an incredible amount of attention and even helped Lil Miquela expand her fame.

So the drama was just a publicity stunt to draw even more attention to the two. With success, because Miquela now has almost 3 million followers on Instagram. A number many real-life influencers can only dream of. With this fame come modeling jobs and many brand deals.

“Bermudaisbae” and her role models: Instagram bitch to the power of ten?

Further, the model avatar remains not entirely without controversy. Scandals feed her success and are what make her so appealing. Of course, Bermuda’s creators know this too, and cleverly play on the bitch trope they’ve chosen for Bermuda. A lot of spoiled brat and a little bit of malevolence make Bermuda what she is.

Her great role models make use of similar clichés. so she looks up especially to Regina George from Chick-Flick Girls Club: Caution Biting! (OV: Mean Girls) and likes to make use of her style and features. But fans of the film know that Regina is also just being that way to cover up her own complexes and problems. And above all, the film teaches us one important thing: popularity is never as important as true, honest friendships and peace with yourself.

In the end, Bermuda seems to have understood this as well and quickly reestablished a relationship of trust with her friends.

Brands presented by the virtual model: Vetements, Chanel and Co.

As an influencer with almost 300k Instagram followers, you naturally arouse the interest of many brands and can land the one or other brand deal. It’s also part of the modeling profession, especially as a digital model, to make brands aware of you. This works especially well by presenting designs of the brand for free.

Launched in 2014, the design collective began with the aim of producing down-to-earth fashion. The simple approach turned out to be hugely successful and Vetements went from being an underground label to a name that’s on everyone’s lips, especially in streetwear. However, as the luxury and sportswear markets continue to merge and shape the looks on the streets, the brand has shot to the forefront of the fashion world.

Bermuda proves just how well the bright pink of the brand’s turtleneck matches her complexion, which she probably has the California sun to thank for, on her Instagram profile.

Mercedes-Benz: In an off-road vehicle through the dusty streets of LA

The German car manufacturer is also extremely popular in the USA. Especially the SUVs stylized in English also called G-Wagen have it stars and influencers taken. So it’s no surprise that the blonde model doesn’t miss the chance to pose with the car in white.

The French traditional label is known for its noble fashion designs. There is hardly anyone in the world who has not heard of the brand and its founder Coco Chanel. At the latest with the chairmanship of Karl Lagerfeld, the fashion house has become an absolute must-have in the wardrobe of all fashion fans who think something of themselves. There is no question that Bermuda is something to be proud of. It presents a modern version of the twill suit. The skirt and blazer combination contrasts with her blonde hair and makes her blue eyes shine.

Music career and booking: where to see Bermuda?

The Californian, like many who cavort in the megacity of Los Angeles, has her sights set on making it big. The first step, a considerable Instagram following, is done. More projects of the pretty model can be found here.

‘Queen of Robots’ shows off her musical talent? – Video

What Miquela can do, Bermuda has been able to do for a long time – at least it looks like she thinks so. On her YouTube channel, Bermuda not only compares herself to stars like Britney Spears and Lindsay Lohan, she’s also trying to boost her music career. Song of choice: a cover of American band Red Hot Chili Peppers. A supremely ironic choice considering the RHCP’s songs like ‘Californication’ harshly criticise the LA lifestyle Bermuda stands for.

Still, with a sort of Barbie meets Y2K aesthetic, the young woman from Los Angeles is able to get her personal version of the song across well.

However, the popularity of social media and the virtual space have catapulted the very notion of existence into whole new dimensions. Dimensions that agencies like CM Models are exploring in Europe. The agency’s well-established and highly trained team helps to find the perfect (virtual) model for one’s own needs and shines with distinctive industry knowledge.

Virtual models like Zoe Dvir have already appeared at Fashion Week under the agency’s umbrella, securing one contract after another.