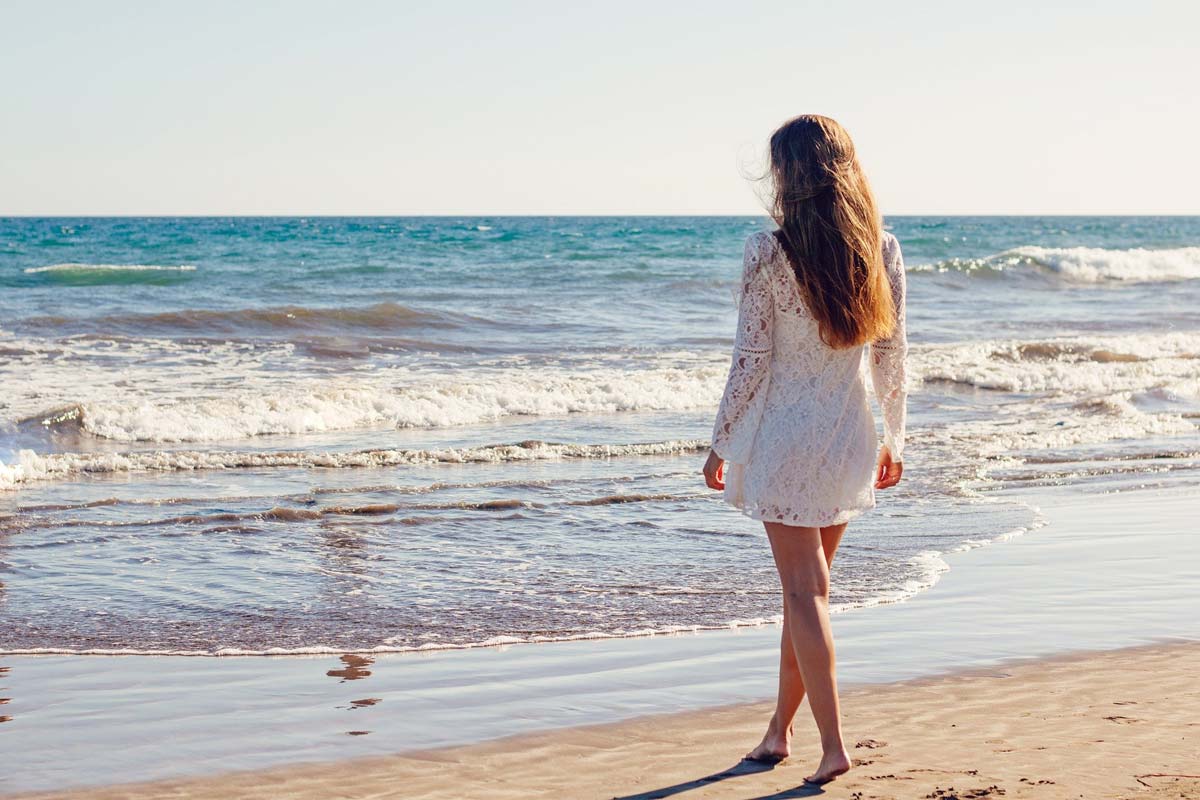 Lil Miquela – Cute freckles, innocent gap teeth and rosy pouty lips. It reads like an influencer’s description: beauty in the “fake world” of the 21st century. As rightly as the term “fake” is chosen in this context, it is misplaced. Rather, we are talking about a “fake” person in the real world. The Cindy Crawfords, Madonnas and Naomi Campbells in one person in the present – a personality programmed by computers. The new marketing trend in the 21st century goes by the name of digital influencer, CGI model, or virtual avatar for short. A computer generated avatar in human form, stylish clothes and extravagant make-up. The following is a portrait of digital influencer Lil Miquela, who is already enjoying international success and thrilling her fans: Welcome to the future!

Overview hide
1 Lil Miquela: Virtual Model, Musician and Influencer
1.1 CGI Model: How it all started in 2016 for virtual influencer Lil Miquela!
1.2 Video: The digital model introduces itself
1.3 Timeline: “Personal” development of a virtual influencer
1.4 Disclosure: Virtual Influencer Relationships
2 History of Lil Miquela
2.1 Movie Studio in the 21st Century: Brud
2.2 Video: The phenomenon of a virtual influencer
3 Character and appearance of a digital influencer
3.1 Virtual model with freckles, gap teeth & full lips Character: “fake” as a human being, “real” as an influencer “39 degrees out im still getting this iced matcha!”
3.2 Character: “fake” as a human being, “real” as an influencer
4 Timeline: Career and trajectory of a fictional influencer
4.1 Model, musician and much more
5 Model career: virtual beauty on the campaigns of the fashion elite
5.1 Calvin Klein: Kissing scene with Bella Hadid
5.2 Samsung Galaxy: Virtual Influencer in the Virtual World
5.3 Dazed: CGI model as editor
6 The voice of a digital personality
6.1 Video: Music video debut “Not Mine”
6.2 Video: “Hard Feelings” music video
7 Charity: virtual influencer with heart
7.1 Do you know...?

Female influencers often try to portray and publicize perfection on their social media channels. Lil Miquela may be one of the few influencers who can be authentically “fake” and perfect. Lil Miquela is a computer generated personality. Perfection is in her blood, so to speak – and yet she comes across as more authentic and “real” than some flesh-and-blood influencers. See for yourself what the digital influencer phenomenon is all about!

CGI Model: How it all started in 2016 for virtual influencer Lil Miquela!

What a birth certificate entry is to one, Lil Miquela’s first Instagram post is the birth of a digitally created personality. Dating back to April in 2016, the first Instagram message marks the first step in an unexpected, successful career. The supposedly 19-year-old half-Brazilian leads the life of a classic influencer. All important aspects of her life are shared on her social media channels, fashion is showcased, interviews are given and music is produced. All this meanwhile in front of an audience of 2.9 million people on her Instagram account. Her Instagram profile allows glimpses into her life, which she describes as follows:

“Change-seeking robot with the drip!”

Video: The digital model introduces itself

I’m Miquela – a digital model, virtual musician – the list is long. As long as the list of her talents is, so is the list of people for whom this phenomenon around “digital personalities” is intangible. In the video below, Miquela gives you a glimpse into her life as a virtual influencer starlet in an attempt to dispel the suspicions of many. See for yourself:

21st century technology at its best. While nowadays people are aware of the fact that Lil Miquela is a digital influencer, she has kept her community in the dark for a long time. Comments like “She is not real”, “She looks like an avatar in SIMS” were often not addressed further. Until April 18, when her secret is set to be officially revealed. This entire process will be dramatically staged. Bermuda, another virtual personality, hacks Miquela’s Instagram account and calls her a “fake ass person.” Only by fulfilling the ultimatum of revealing the truth surrounding her existence to her community does Miquela regain control of her Instagram account.

She claims that her progamming company Brud had sworn her to secrecy about her true identity. Either way, this PR strategy has had an impact – Lil Miquela and her unique story continues to inspire and disturb the entire social media world to this day.

Lil Miquela is a virtual personality. She is not a human figure in the traditional sense. Everyone is aware of that by now. But who is behind this technological innovation? Who is the face behind this technical, revolutionary development?

The answer is L.A.-based startup Brud. A company of engineers, storytellers and dreamers. They specialize, by their own admission, in artificial intelligence and robots. In short, it’s a transmedia studio where graphic designers, stylists, designers, writers and engineers merge their ideas and talents to create something new. In their case: Lil Miquela – the digital influencer in the 21st century.

Video: The phenomenon of a virtual influencer

Still not convinced? This video gives you a little peek behind the scenes and shows what the phenomenon “Lil Miquela” is really all about. Convince yourself!

Character and appearance of a digital influencer

Can a programmed personality have its own character traits? What are the external recognition features of a virtual model? Answers to all these questions and more can be found in the following two paragraphs!

Character: “fake” as a human being, “real” as an influencer

“39 degrees out im still getting this iced matcha!”

Just one of her many statements on Instagram or Twitter. Lil Miquela shares her everyday life with her community, acts humorous, authentic and likeable. Like a “real” person. She doesn’t take herself too seriously, but still knows how to address serious, socio-critical problems. Her fans love her for her authentic, “real” way.

Timeline: Career and trajectory of a fictional influencer

Virtual models are now so perfectly generated that we are often not even aware of how often we actually see them in advertising campaigns. The following is a small overview of previous cooperation partners of Lil Miquela:

Model, musician and much more

Model career: virtual beauty on the campaigns of the fashion elite

Starting with collaborations with skateboard labels, Lil Miquela has fought her way into the fashion world. Calvin Klein, Prada or Moschino – just to name a few names – are now among her partners. Here are a few of the most important advertising campaigns!

Big designers like Calvin Klein use Lil Miquela’s celebrity for commercials. In May 2019, Calvin Klein proves his marketing skills. He creates a campaign video where Bella Hadid performs alongside Lil Miquela. A kiss between the two beauties makes headlines, and not just virtually! See for yourself:

Samsung has launched a global digital campaign in 2019, with Lil Miquela being one of the four members of #TeamGalaxy. She is promoting the Galaxy S10 alongside Millie Boby Brown, DJ and producer Steve Aoki and professional gamer Ninja.

#Team Galaxy is a global community of Galaxy users and fans who support Samsung’s philosophy of “Do What you can’t!”.

That’s the official statement from Samsung. Lil Miquela brings the commercial into the 21st century. Why she’s behind this campaign? “I am the product of technology myself, so I can realte to Samsung in a way that’s a LOT more literal than most people. Wheter it’s sharing my thoughts on the issues I care about or just riffing on style, it’s all done through my Galays S10 – which I’ve named Samuel Phonington III,” she says herself.

In addition to her career as a model, musician and influencer, she is also venturing into the world of magazines. The digital lifestyle magazine “Dazed”, based in London, hires Lil Miquela as an editor.

“thanks to her experience a musician and activist on the side of her modeling work!”

The voice of a digital personality

Lil Miquela is not only wowing the fashion world with collaborations. She also shines with a singing career. Lil Miquela’s music is in the realm of pop and house and has already gained many followers. While Miquela is now hailed as a star by fans herself, she also has a list of role models. Rihanna, Erykah Badu, Aaliyah, Solange and H.E.R. – just to name a few of the big names. Following you will find a list of her most famous songs, with which she follows in the footsteps of her idols. On YouTube her videos already count more than 4 million views. Tendency rising! Listen for yourself:

Video: Music video debut “Not Mine”

Here you can find Lil Miquela’s music video for her song “Not Mine”, which was also her music video debut and attracted a lot of attention.

Check out Lil Miquela’s music video for her song “Hard Feelings,” in which she dances on the trailer platform of a moving truck in the Las Vegas desert.

Lil Miquela has proven herself in almost all creative tracks and is successfully celebrated as a digital influencer. However, she also uses her reach for topics beyond fashion, beauty and lifestyle. She makes herself loud for socially critical issues and calls for fundraisers. For example, her Instagram bio is adorned by the hashtag #BlackLivesMatter. The following is a short overview of the charity projects Miquela supports:

One Agency. One Solution.

We use cookies. By continuing, you agree, thank you.

We may request cookies to be set on your device. We use cookies to let us know when you visit our websites, how you interact with us, to enrich your user experience, and to customize your relationship with our website.

Click on the different category headings to find out more. You can also change some of your preferences. Note that blocking some types of cookies may impact your experience on our websites and the services we are able to offer.

These cookies are strictly necessary to provide you with services available through our website and to use some of its features.

Because these cookies are strictly necessary to deliver the website, refuseing them will have impact how our site functions. You always can block or delete cookies by changing your browser settings and force blocking all cookies on this website. But this will always prompt you to accept/refuse cookies when revisiting our site.

We fully respect if you want to refuse cookies but to avoid asking you again and again kindly allow us to store a cookie for that. You are free to opt out any time or opt in for other cookies to get a better experience. If you refuse cookies we will remove all set cookies in our domain.

We provide you with a list of stored cookies on your computer in our domain so you can check what we stored. Due to security reasons we are not able to show or modify cookies from other domains. You can check these in your browser security settings.

These cookies collect information that is used either in aggregate form to help us understand how our website is being used or how effective our marketing campaigns are, or to help us customize our website and application for you in order to enhance your experience.

If you do not want that we track your visit to our site you can disable tracking in your browser here:

We also use different external services like Google Webfonts, Google Maps, and external Video providers. Since these providers may collect personal data like your IP address we allow you to block them here. Please be aware that this might heavily reduce the functionality and appearance of our site. Changes will take effect once you reload the page.

The following cookies are also needed - You can choose if you want to allow them: