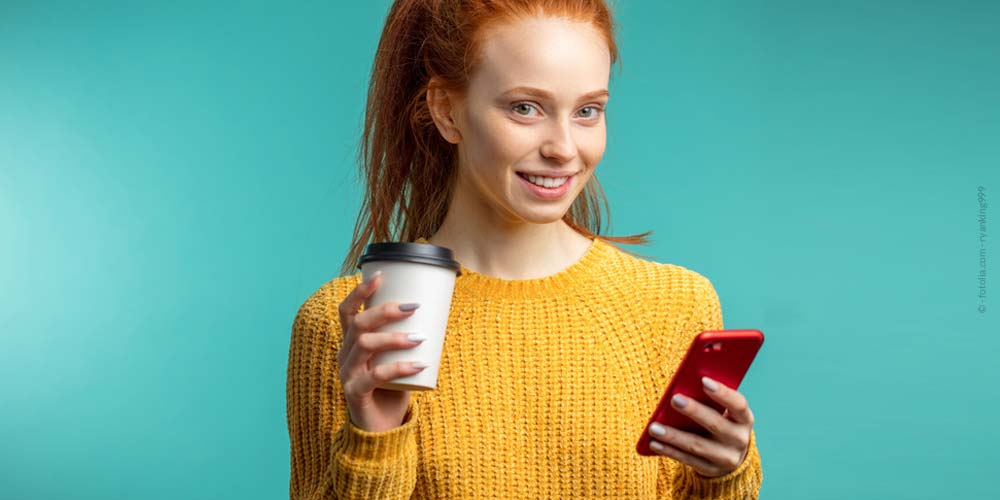 Referral Marketing – Of course, today we could take a look at the general question, how do you get happy employees? From working hours to flexible hours, bonus payments, more vacation days, the general mood in the team to small attentions that should be given to the employee. But we want to focus on reputation in digital media. Because, when have you ever checked your reviews on Google (if you already have a business or have already started your business)? Or better yet, when was the last time you influenced the ratings for the better?

Reputation in the digital media: ratings

Actively organizing reviews takes only a few days of work, but has positive effects for months and years. Passive, positive PR. It gets even better, after all, a third party is talking about you, namely Google. This platform rates them 4.8 out of 5 stars. Referral marketing of the best kind.

Positive reviews are worth all too much. Especially when it comes to qualified employees, because they inform themselves in advance about you company, as a potential new employer or employer. The reputation, that is, the reputation to the outside world, has become enormously important for companies in times of social media and review portals. Especially for startups, which usually can not shine with high wages and lots of Christmas bonuses.

It is so that the fewest companies in everyday life think of actively influencing reviews themselves. This is not at all about bought reviews or influenced reviews, but only about asking satisfied customers, as well as satisfied employees, whether they would write a review – so simple. The more, the better (for potential employees, customers but also to stand out from the competition).

As a social media consultant, I’ve been in a lot of companies. Even in companies with more than 10,000 employees and 1,000 locations, the reputation on the Internet is rarely paid attention to. Especially portals that are not directly in focus, for most anyway only Facebook, are mostly ignored. At the same time, over 80% of people search for information on Google. Many who inform themselves in advance, but also go to other portals that deal, for example, only with the topic of business, business and employers such as Kununu.

Always think about your digital reputation right at the beginning!

Google is the platform and place to go when it comes to searching for information on the internet. From simple words to formulated questions, users search here several times a day for everything they want to know or buy. Reviews on Google are very important to finding employees these days. Satisfied employees who give positive reviews as advocates are of course worth their weight in gold, because all prospective customers will read through these very reviews.

Google allows every user to give a rating, so that everyone can rate companies but also products and online shops – even negatively. The rating plays a big role not only for the Google algorithm, especially for prospective customers it is an important source of information.

What do the others say?

Social reputation is an extremely important issue in recruiting employees. After all, as an employee, you are committing yourself to a company: For months, years and sometimes even for a lifetime. Every decision has to be made well. Especially if you have previously invested many years in your own academic education, you want an employer who promises satisfaction.

It is not always primarily about the amount of salary, especially the working environment makes a lot of difference. The team is very right, do you get along with the others? Flexible working hours are important, what if I have to stay at home? Do I have to be in the office at 6am every morning or can I start flexibly? All these questions can be positively packaged in the form of evaluation texts in advance! For example, if several employees talk about the flexible working hours or the generally very good atmosphere in the team. If every day at work is fun, then it doesn’t feel like work at all!

Facebook is also an important platform for recruiting. Because a large cross-section of society, from 20 to 70 years old, can be found here. Many look at the new company here for the first time before applying.

Facebook is the biggest social network in this world and of course Facebook also relies on the rating option. Did you know? Facebook started as a pure rating platform. Back in the day, company founder Mark Zuckerberg developed a platform where people could compare students at Harvard University. “Hot or not?” Needless to say, this was an instant and huge sensation, not just on campus, but across America. So Facebook spread like wildfire. More and more students at universities wanted to know what Facebook was exactly. The rest is history.

So ratings have always been Facebook‘s central tool. Just think of the “Like” button, ultimately also a form of evaluation. Accordingly, you should win over your employees as advocates for you or your company when it comes to positive reviews on Facebook.

A large proportion of potential new employees find out about the company on Facebook first. As long as your recruitment strategy doesn’t target employees under the age of 20, Facebook is a great way to find good employees. Under the age of 20, you should turn to Instagram or YouTube. Always be mindful of your digital reputation and check your reviews on Facebook. If necessary, approach your employees to see if they would be so kind as to give a positive review. Especially if employees then eventually work at your company for a year or two, it seems like a great job! Why not make a little story out of it, a review?

As a rule, you will have to deal with negative comments on social networks if you have little other public relations work aimed at positive reviews. To counteract these, you should pay attention to your own positive reputation in digital media. Actively organizing reviews only takes a few days of work, but has positive ramifications for months and years to come. Passive, positive PR. It gets even better, after all, a third party is talking about them, namely Google. This platform rates them 4.8 out of 5 stars. Referral marketing of the best kind.

PS: The same applies to Amazon, of course, if you organize your business model here. Especially on Amazon, referral marketing (organic or organized) is extremely important for rankings and sales.

There are other social networks besides Facebook and Google? By Google, of course, we mean the entire Google universe, including YouTube. Yes, in fact, there are other relevant platforms that compete for opinion and reach. A few of these platforms have relevance when it comes to rating companies. One of them is the business review portal Kununu but also Yelp. Both platforms have in relation to the two previously mentioned companies of course relatively little reach, but in the specific area of company research, they have quite relevance and should therefore also be considered when it comes to the positive, digital reputation.

Satellite Project (SEO): Increase reach through backlinks in your own netwo...