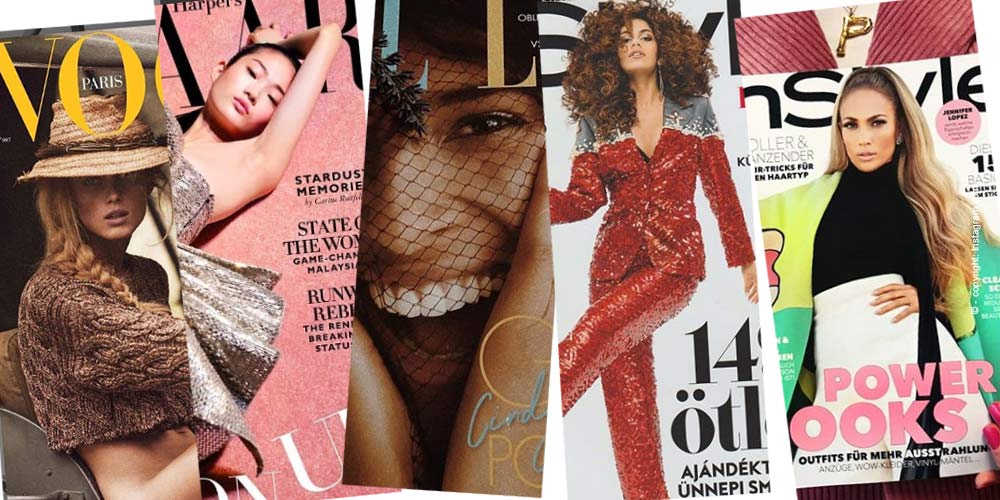 These days, most people spend their free time watching Netflix or hanging out on Instagram and Youtube. How about reading another good old magazine? Especially in fashion and lifestyle this is not so boring and is a good alternative to Instagram to be inspired by the many designers, photographers and models. Today we exclusively show you the ten best-known and best fashion magazines from the fashion metropolis New York. Have fun!

VOGUE – Only the best known faces #1

Vogue is the world’s most famous fashion magazine. The first edition was published in 1892 by Arthur Baldwin Tumure. Vogue is known for showing elaborate photo series by famous photographers with the latest women’s fashion. Designers like Karl Lagerfeld, Man Ray or Irgving Penn already had such a photo series in the popular fashion magazine. In general, Vogue writes about celebrities, architecture, design and much more.

TEEN VOGUE – For the younger generation #2

Besides Vogue, Teenvogue is also one of the hottest magazines worldwide. The first edition was published in 2003 and is a sister edition of Vogue. This magazine also features a large number of articles about fashion and celebrities.https://www.instagram.com/p/BtlvJaRnH30/

This year’s winner of the Germanys Next Topmodel Relay comes on the cover of the German Harper’s Bazaar. This is probably a dream come true, because Harper’s Bazaar is world-famous as well as Vogue and Elle and is represented in 29 countries worldwide. The first edition took place in 1867, and every month of the year artists, designers, photographers and authors are invited to make their statement about the world of fashion, beauty and pop culture.

Happy birthday to our 5-time cover girl #LadyGaga! Which is your favorite?

The Cosmopolitan also comes from the fashion metropolis of New York. It is a lifestyle magazine founded in 1886 by Schlicht & Field. The magazine deals with fashion, beauty, partnership, profession and career.

They might not be together, but the ? between @yarashahidi and @melton is very real (hi, hello, have you seen this pic?). Click the link in our bio to read our May cover stars' thoughts on love at first sight, ~relationships~, and the politics that drew them together on screen in the upcoming @thesunisalsoastar.

Most people know the New York Times, an internationally known newspaper from New York City. However, this has expanded and has published an associated Style Magazine. The magazine was launched in August 2004. The magazine deals with fashion, living, beauty and travel.

NYLON – not just a fashion magazine #6

The first issue of Nylon appeared in 1999 and its focus is on pop culture and fashion. Altogether, the magazine includes art, beauty, music, design and much more.

As 2k18, #twentygayteen or whatever you want to call this rollercoaster of a year draws to a close, here’s to looking back at our covers feat. our gorgeous cover stars @zoesalome, @annemarie and @mabel. let’s take the remaining hours to focus on loving ourselves in 2019 and continuing to slay while keeping a straight face (sounds impossible? Try us lol) we‘re diving into the new year with the most exciting cover stars in fashion, music and video coming up for you and some v extraordinary projects along the way – hence, your sole resolution should be to stay the f tuned ??? over and out!

V Magazine is known to represent celebrities such as Lady Gaga, Miley Cyrus, Britney Spears, Selena Gomez and many more on their covers. The first issue was published in 1999 and reports on trends in fashion, film, music and art.

Anna Wintour is the editor-in-chief of the US edition of Vogue and is one of the most influential women in the fashion industry. She can decide which designers and photographers will be presented in Vogue. Here you can see a 73 questions video with Anna Wintour and learn more about this incredible woman.And how is it to work with such an influential and successful woman? The former assistant of Anna Wintour, published a book with this experience, which was filmed in 2006. If you don’t know the film yet, you can watch the trailer here.