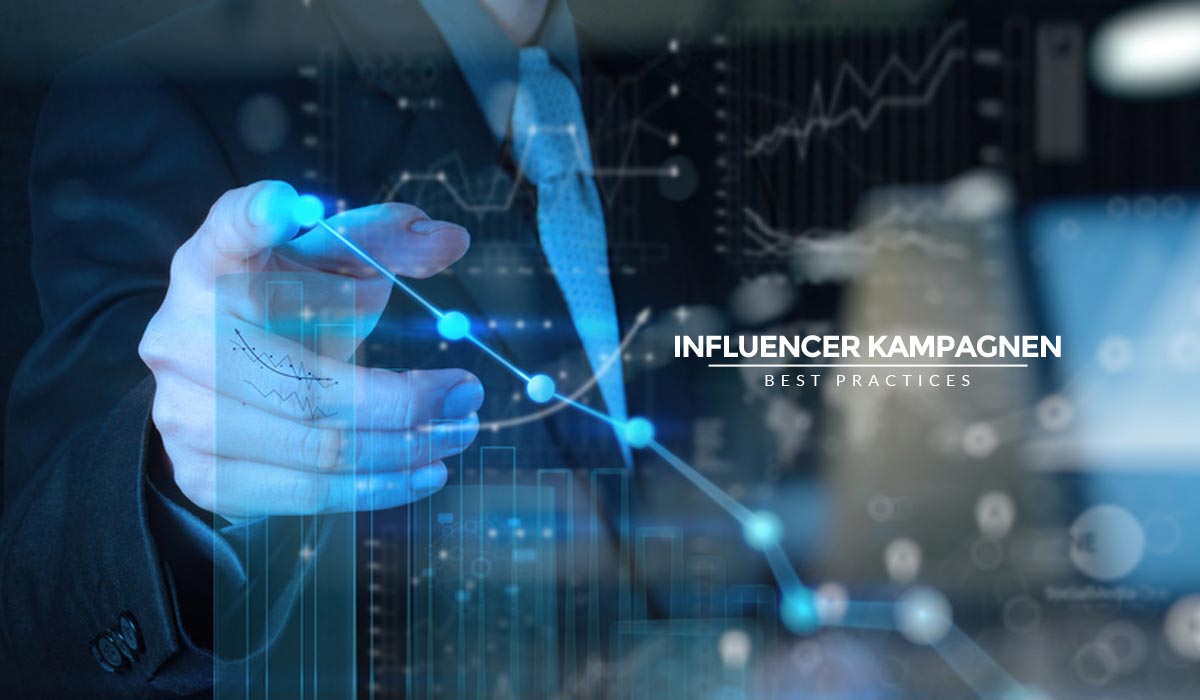 Influencer marketing and campaigns are, of course, not new in Social Media Marketing! There are many best practice examples from the industry that show how successful you can build up your reach and win new customers. Of course there are also the traditional campaigns in social networks.
If you want to see the best case examples here, read our article about social media campaigns best practice examples.Am Ende der Best Practice Beispiele finden Sie noch ein kleines Wiki für alle wichtigen Begriffe von Influencer Kampagnen.

The #mycalvins Influencer campaign is the best example of successful social media marketing. The designer arranged various influencers as well as celebrities to take pictures in the fashionable underwear. The trend went so virally, which as many private users spread the hashtag and thus pushed the label further.

The label “Revolve” has invested money and Influencer every day pictures in their clothes with the Hashtag #revolveme post. Gradually, more and more users bought at Revolve and posted pictures on Instagram & Co.

Yes, this is actually the famous city in America. During the Las Vegas stay of DJ Khaled, the musician took over the Snapchat account of the city to present the 6 million followers @VisitLasVegas.

Not only human influencers can give the company scope, but also animals. Like the famous dog “Loki the Wolf Dog” with 1 million Instagram followers. The dog drove through the snow with his owner and the new Mercedes GLS. Mercedes wanted a wide range of influences to present the new GLS in different perspectives.

Quite simple but effective: The Modelabel GAP has collected a wide range of models, influences, musicians and celebrities. With the request pictures to postpone, the company has sent the selected clothes.

Through Social Media Marketing and Influencer campaigns can be not only for the company but also for human life: the small Seth is diagnosed with a life-threatening illness and loves the color yellow. His parents had asked people to wear yellow to make the little one happy. TV station TNT got this call with us asked Influencer as TV star Ashton Kutscher a video message or a photo with yellow clothes with the #wearyellowforseth to post.
It is the best example of how unexpected campaigns can go viral.

In the #perfectnever campaign of Reebok, prominent influencers such as Gigi Hadid were arranged to provide the trend in reach. Smaller influencers and bloggers then provided the exact target group to increase sales.

Conclusion: Influencer Marketing as a new strategy of advertising

Brands like Calvin Klein and Reebok are doing it: Influencer to increase sales. But how exactly does it work? Before launching the campaign, it is important to consider exactly which influencer can sell the product best. This is the only way to turn the reach of an influencer into a buyer. For example, if a label sells sports supplies, an influencer, known for its sporting activity, should introduce the product to attract potential customers. This allows the company to target users, win customers and increase sales. If the company is the first to reach the range, then either influencers with a high number of followers should be booked. Otherwise, several “smaller” influencers can be arranged.

Of course, with a campaign, there is never a certainty about how viral the trend is. However, with certain tricks you can attract the attention of the users. It can, for example, be played with many emotional stimuli (see Mercedes campaign). As soon as a person is confronted with emotions, animals, children, etc., the interest automatically arouses and it is gobbled. This attention can once again be used cleverly to increase sales by playing so well with the emotions that the customer has the subconscious impression that he also gets this feeling when buying this product. Through emotional stimuli, the campaign is also shared more quickly with friends and family, which in turn can lead to sales promotion.

Have you always wanted to know which keywords are most frequently sought in German agencies for the topic of Social Media Marketing & Influencer campaigns? We have analyzed all the data and searched the top search queries of agencies! First the Top 7: