On May 24, 2017, the first Influencer Event of Generali Versicherung Deutschland took place in Munich. Numerous well-known names from the fitness and lifestyle sector were on the Gästeliste. Pamela Reif @pamela_rf was invited as a star guest. Among them were Irina Engekel @fashionambit, Melisa Cebeci @ mlsacbc, Ebru @ nazjuju and Angelo Carlucci @ angelo.carlucci. In the course of the day the 15 influencers had the chance to learn the tennis world champion Angelique Kerber @ angie.kerber practice experience on the tennis court. The event was the starting shot for the campaign Generali moved Germany. Through the collaboration of the Influencer and Angelique Kerber, 6.1 million impressions could be reached and thus animated to a sporty lifestyle. Read more about our best practices.

On Generali Move Germany you can see the current postings of the campaign directly in the Social Live Ticker!

A few hours before the start of the event, the campaign start-up was published at a press conference. With the action Generali moves Germany, it is particularly important to motivate young people to take part in sporting activities. As a face of the campaign, Generali got the German tennis world champion Angelique Kerber ashore to move with her Germany. Angelique stands for a balanced, sporty lifestyle – just like the loaded influencers. Together they were able to move their community on this day. To this movement was already called the previous evening. Each Influencer animated his followers to post a sporty image with a personalized hashtag. The number of images posted shot up within a few minutes and attracted much attention on Instagram. As an incentive, there was an award for the influencer, which could bring most people to a sporting activity. This award went to Melisa Cebeci @mlsacbc. In addition to the “Star of the Day” award, the “Star” award and the “Rising Star” award were given to Pamela Reif @pamela_rf and Fabian Arnold @fabianxarnold. 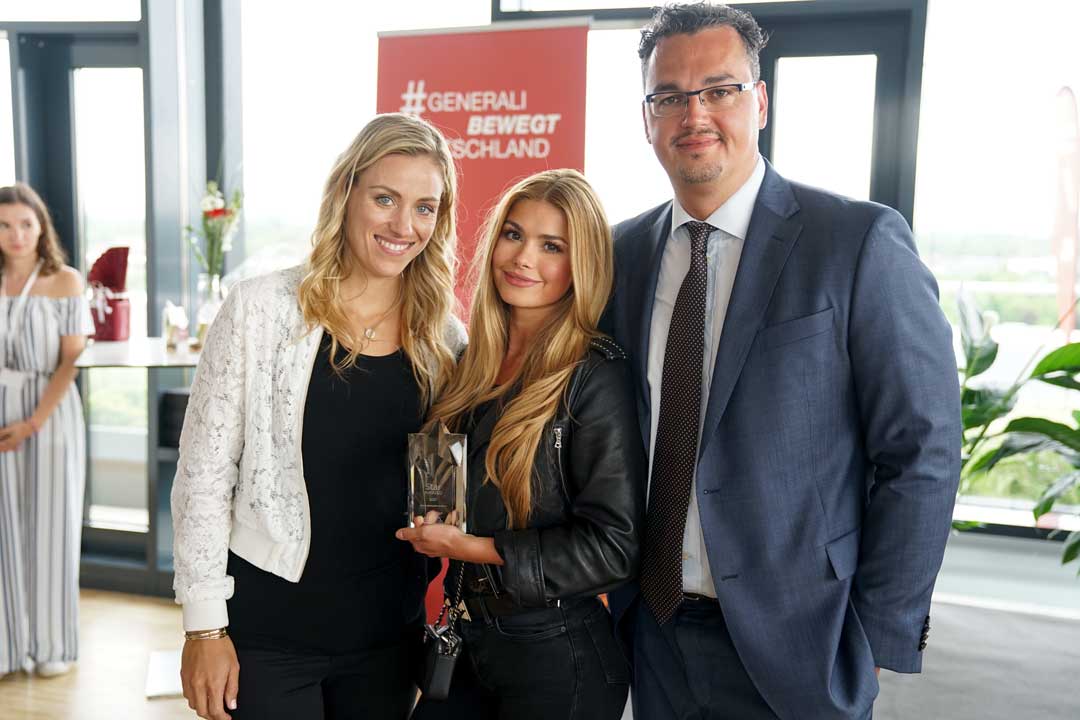 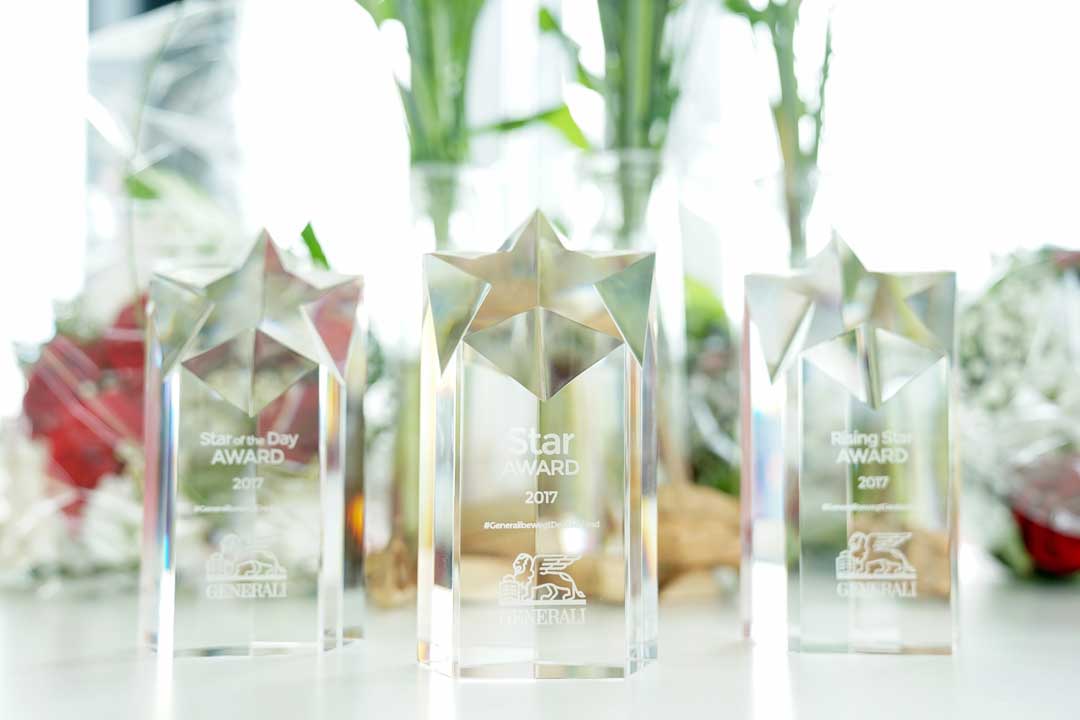 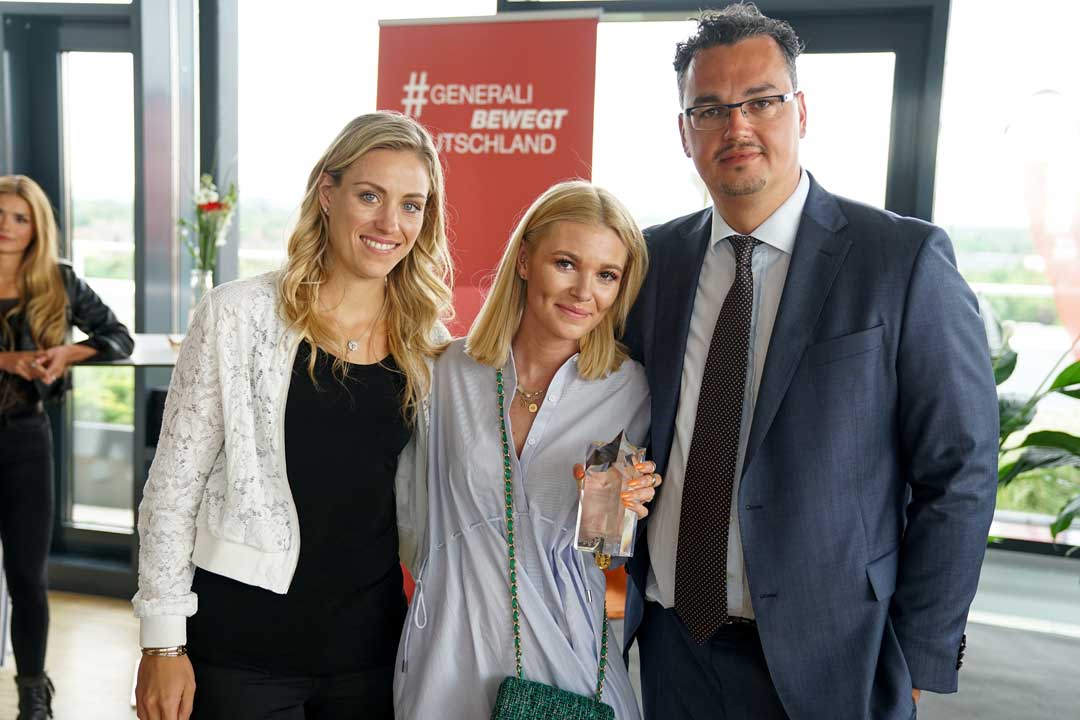 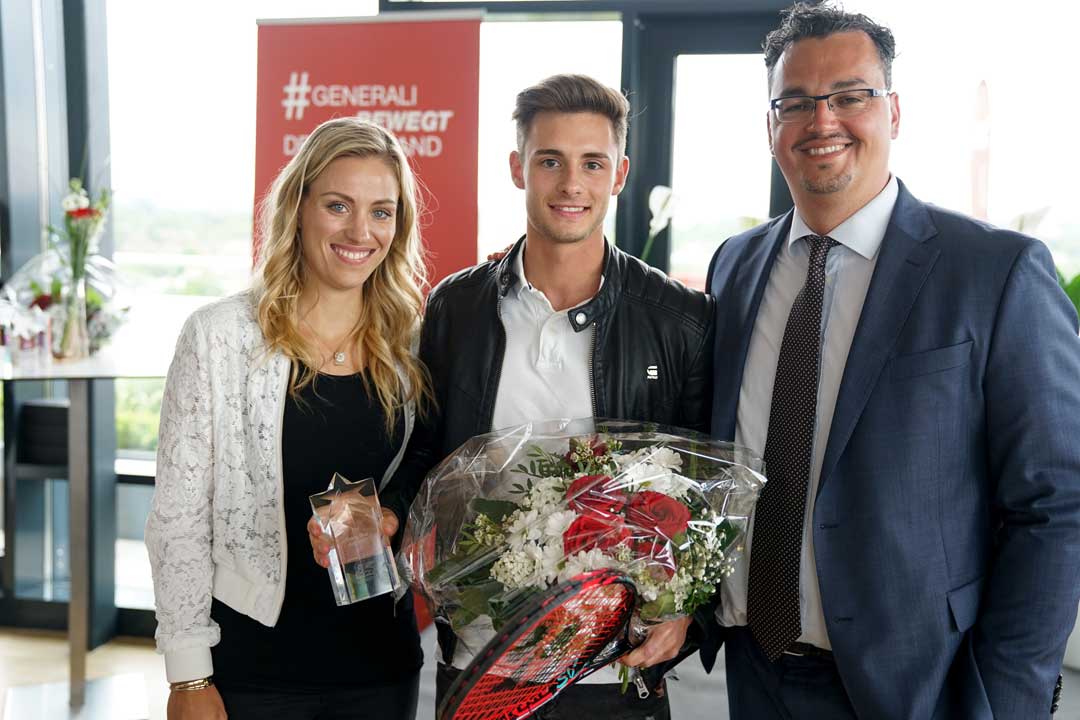 To this the present Influencer posed various pictures live from the event. This was particularly good, as the event took place on the 11th floor at a rooftop in Munich, and there were numerous photographs, such as the marionette game with Angelique Kerber, numerous hats, press walls and white lounge corners. The resulting photos were shared with the hashtag #generalibewegtdeutschland with the communities. A total reach of 4.6 million people was reached and an healthy, balanced, sporty lifestyle animated.

Impressions of the event distributed to Instagram Posts / Stories and Snapchat 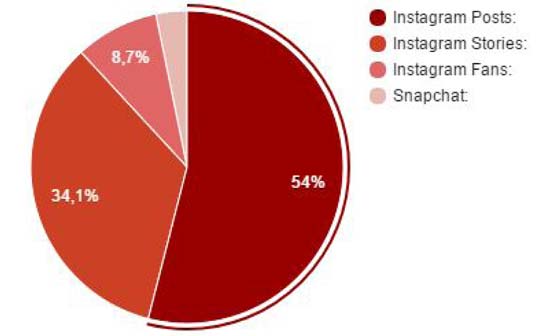 Angelique Kerber was born in Bremen in 1988. Since an age of three years, she carries a great passion for sports and especially for tennis. Since 2003 she plays as a professional around the world. Her most successful year so far was in 2016 when she won the Australia and US Open, reached the Wimbledon Final and won the silver medal at the Olympic Games. After these terrific successes, in September 2016, she was the first German to be placed in the tennis world as a world champion in tennis since 1997. Many people take an example every day of Angelique’s perseverance, her discipline and passion for sport. More about Angelique Kerber. 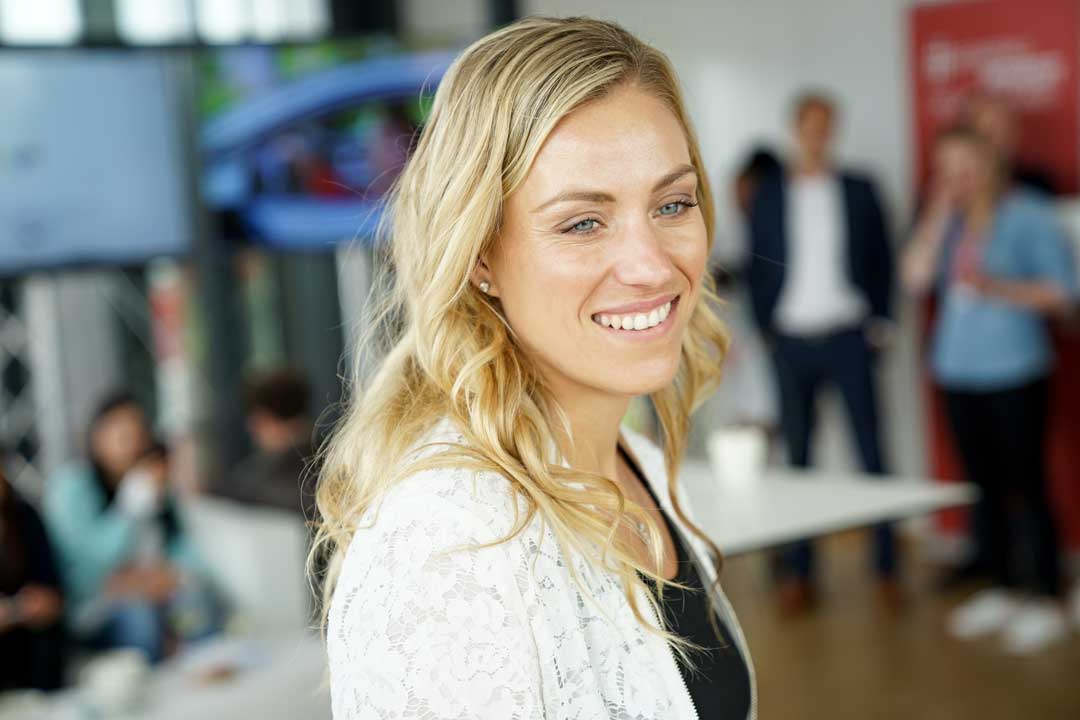 Pamela Reif is the most influential fitness inflamecer in Germany with 3 million subscribers. On her Instagram account, she initially posed landscapes, motivations, and food. One day Pamela, who was rather sly at the time, decided to give her fitness exercises and diet tips with her followers. Not only your muscles, but also their number of subscribers, rose rapidly. In the meantime, she travels professionally all over the world and influences every day the lifestyle of people on the social media. More about Pamela Reif. 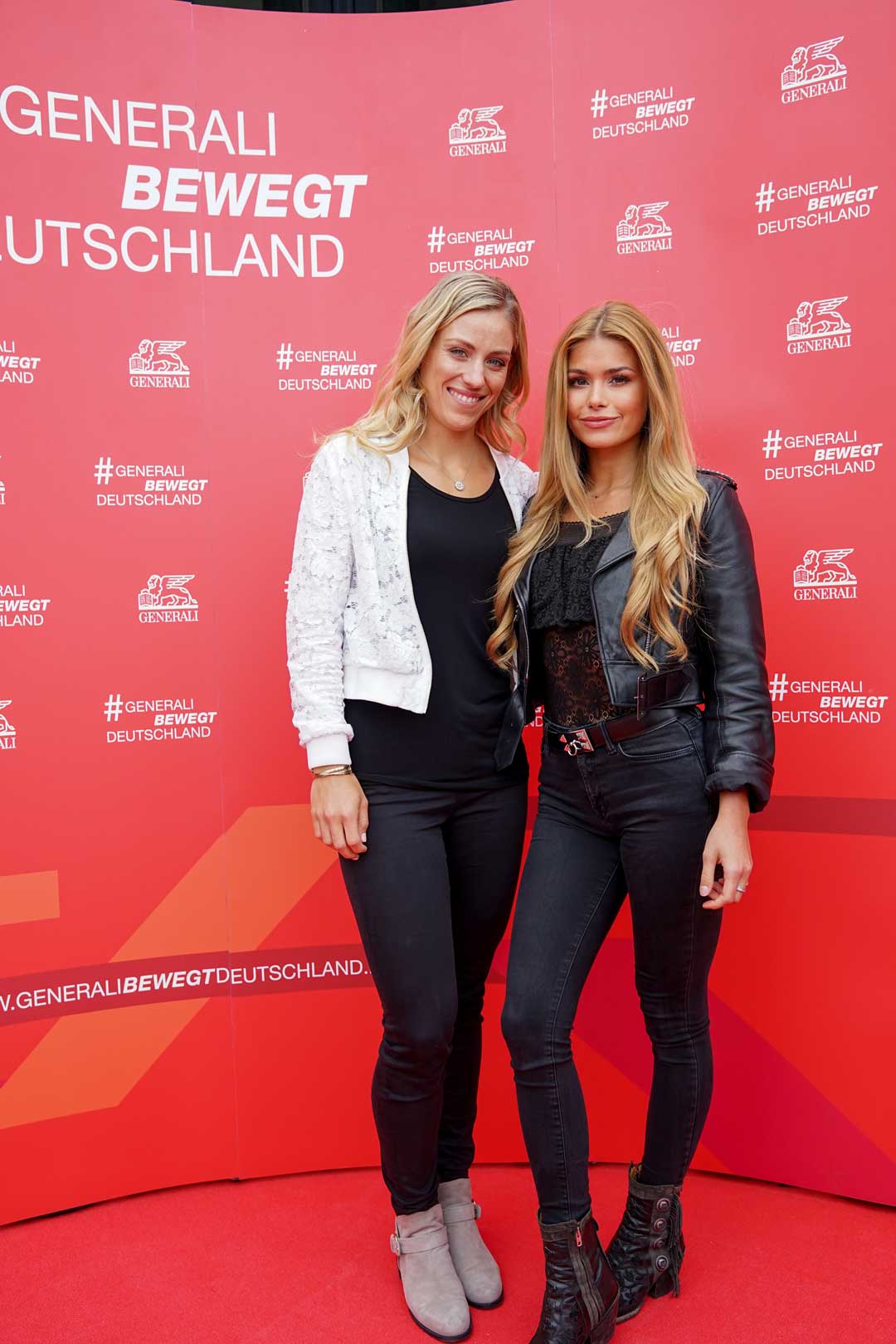 Influencer on site! An experience report from the blogger event

Blogger @ivaxbrd was present at the event and gave us a detailed report.

On 24.05.2017 I was allowed to travel to Munich to participate in an Influencer Event of the Generali Insurance. The event was under the motto #generalibewegtdeutschland and should be motivated with the help of the tennis world champion Angelique Kerber to more sport. After my arrival in the beautiful Munich hotel, the next day we went to the location at 11:15 am with the shuttle from the hotel. In the shuttle I already met some familiar faces of the Instagram scene and old acquaintances, with whom I arrived at the location directly on the way to the top.

The event took place on the 11th floor on the roof of a modern building near Olympiapark. No sooner opened the elevator doors awaited us already a breathtaking view on one side to the Olypiastadion on the other side over the rooftops of Munich to the Alps. Also the modern interior designed a lot of locations for the perfect picture.

After a little small talk and the first snacks, by the way mentioned appropriate to the motto of the day super healthy but also super delicious, met tennis world champion Angelique Kerber already. She explained to us once again briefly the campaign and then it went also already to a little Private Time with her. For this we were all divided into groups who could spend time with her. For this we are once to the press wall, where a great photographer took pictures of us with her. Even though I’m not the most athletic, I have to say that the next point is really fun. Angelique showed us in front of a built net how to make a mark up on tennis. After some failed attempts, I even then hit the goal and was really motivated to be something sporty again.

While the other groups went through the same stations as I did, I had time to enjoy the snacks and exchange with the others. It is always interesting to meet someone who does the same as you and what he has for his experiences. I’ve got to know the super-loving Pamela Reif (@pamela_rf), who is really as nice as on her channel and many other Instagram personalities, such as Angelo Carlucci (@ angelo.carlucci) and Ebru (@nazjuju).

We were all surprised, however, when the moderator announced an award award. We all had the task before, to call our fans to support us and to put an individual hashtag under a sporty picture. The overall 3 awards were awarded to a newcomer influencer, the influencer with the most athletic outreach and at the very same that motivated the most fans to participate in the challenge. Unfortunately, I won none, but of course I treat the winners their trophy. After this surprise the day still sounded very relaxed. We got a little lecture from a nutritionist and a mimiccoach, which was really very interesting and ended surprisingly with a serenade of the facial coaching coaches.

My conclusion. The day was really very successful it was all super planned and organized all had fun and the program was not too crowded. We laughed a lot, made new contacts, supported a good campaign, and have all returned to the shuttle with a good feeling. As a crowning conclusion, there were even goodie bags with great souvenirs and gifts! 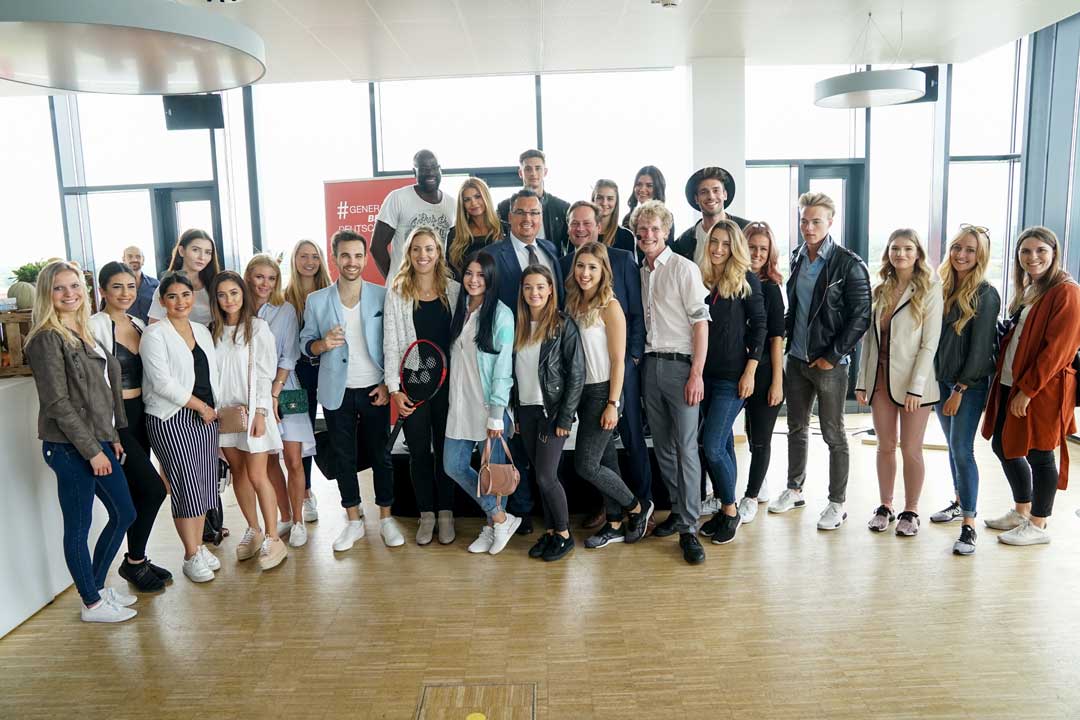 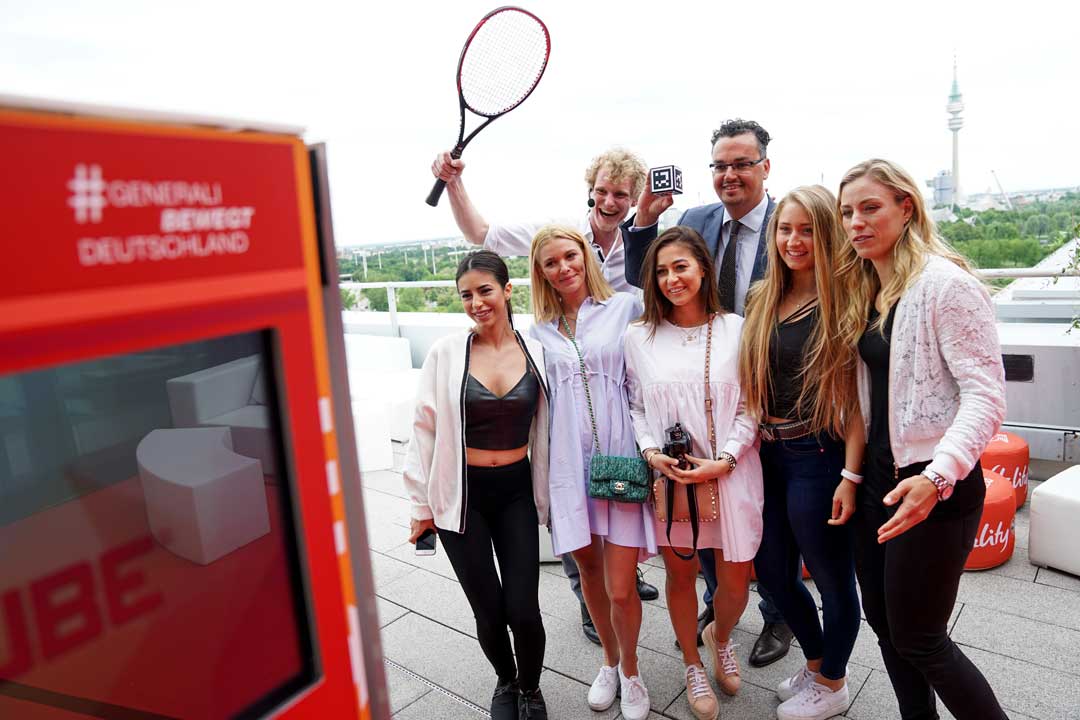 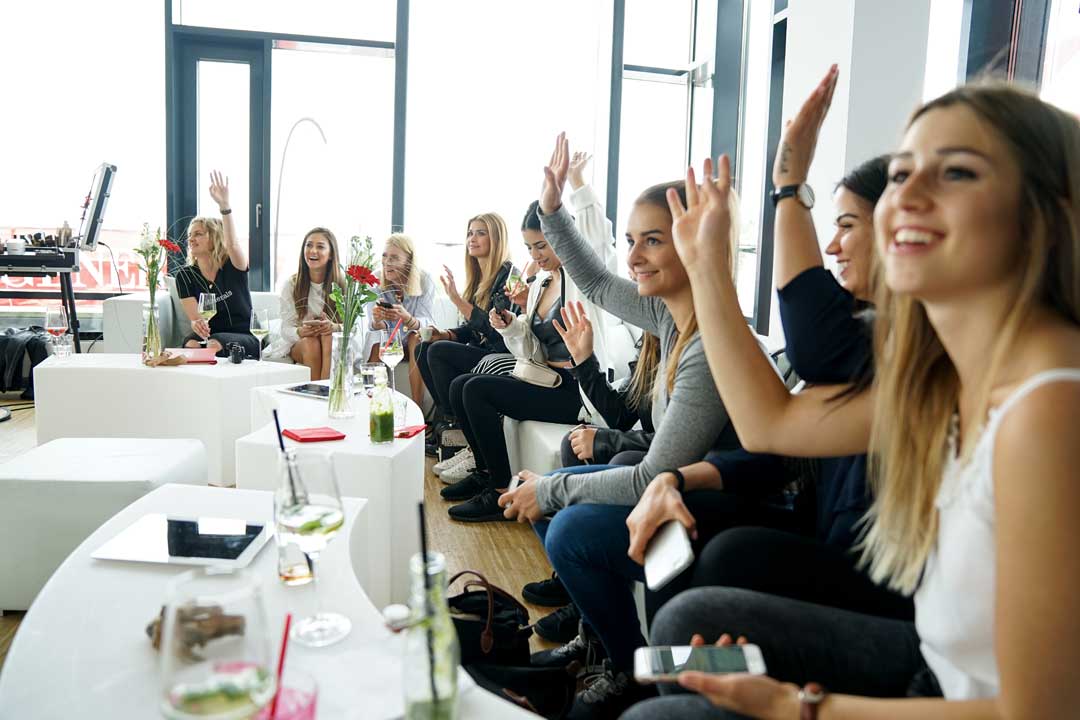 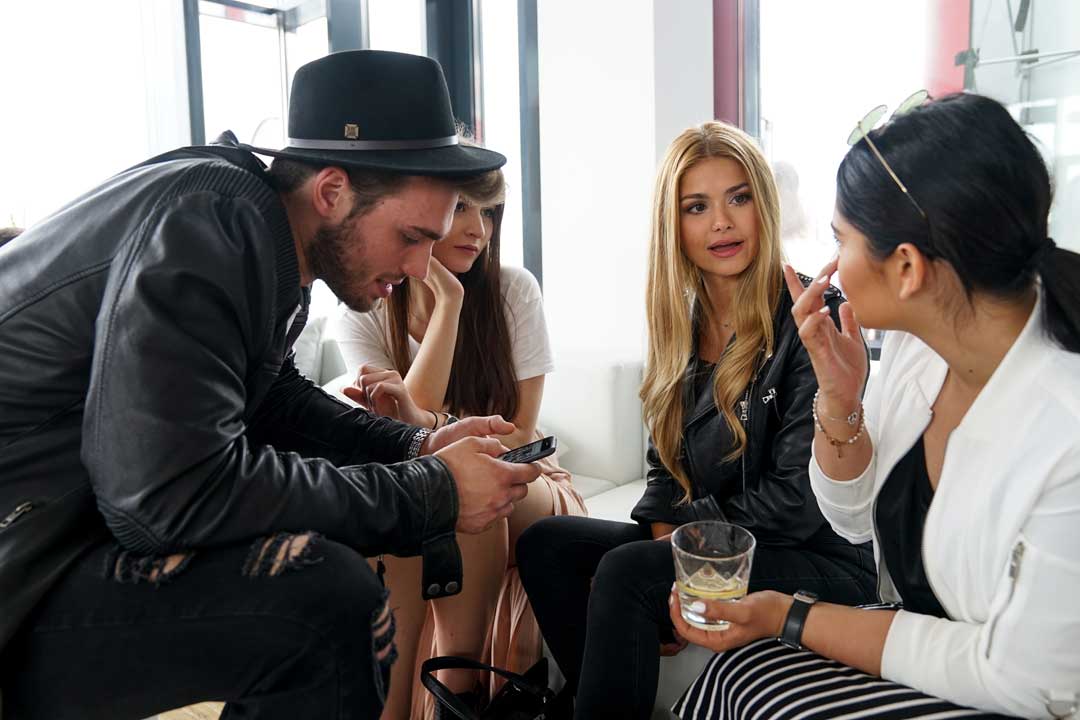 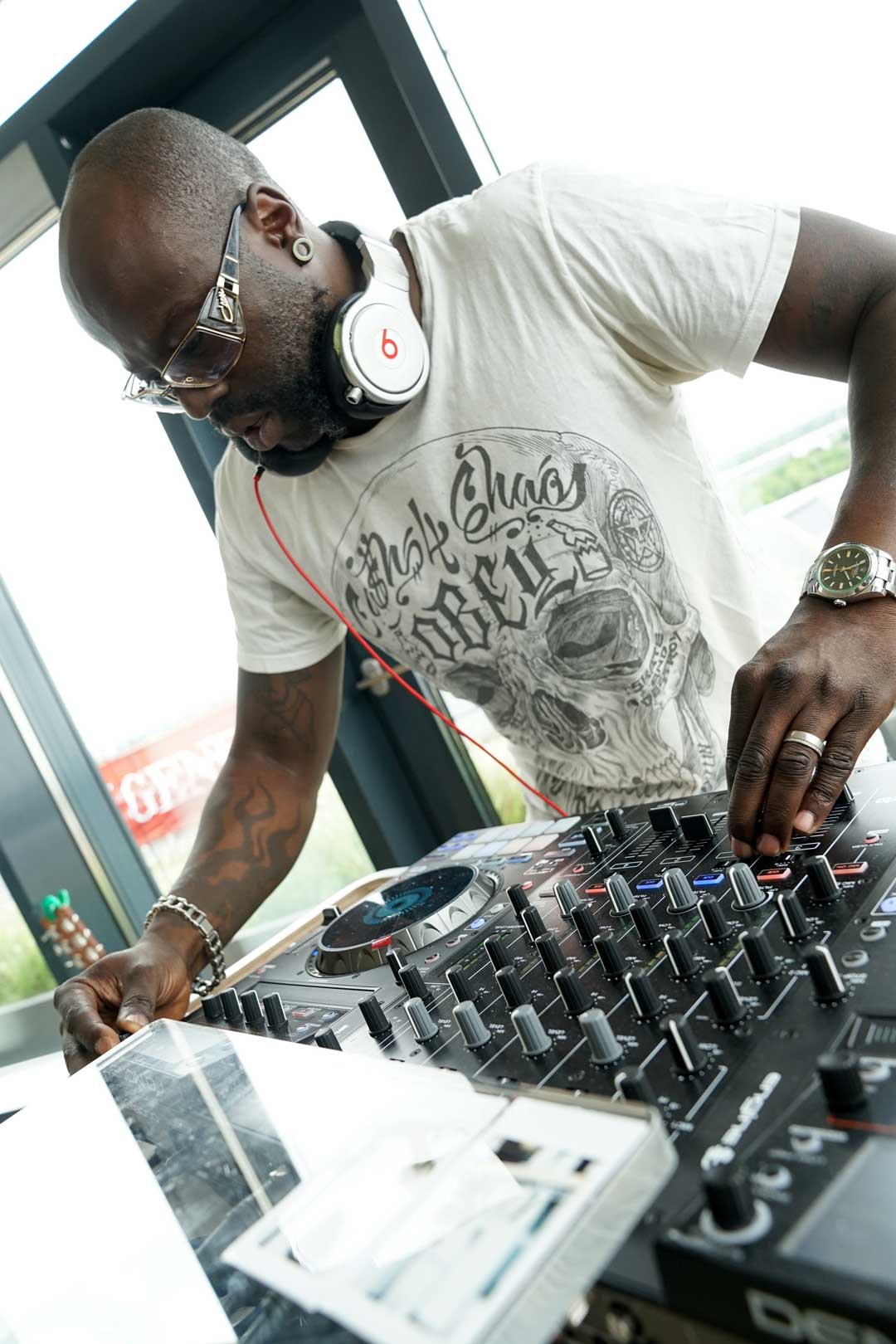 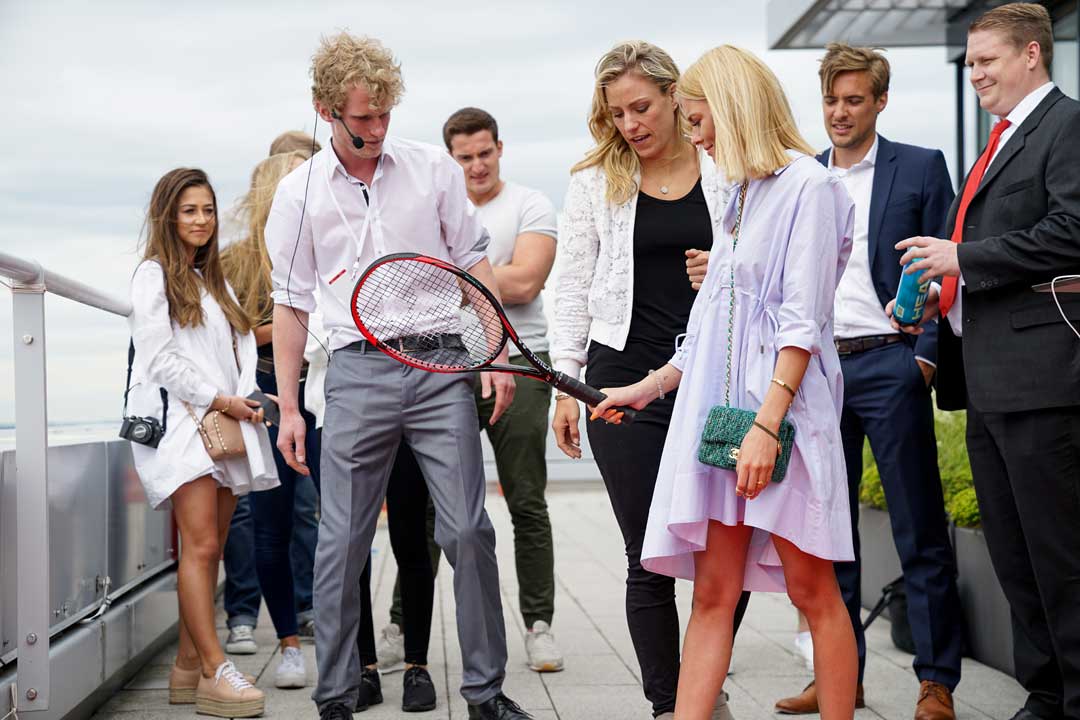 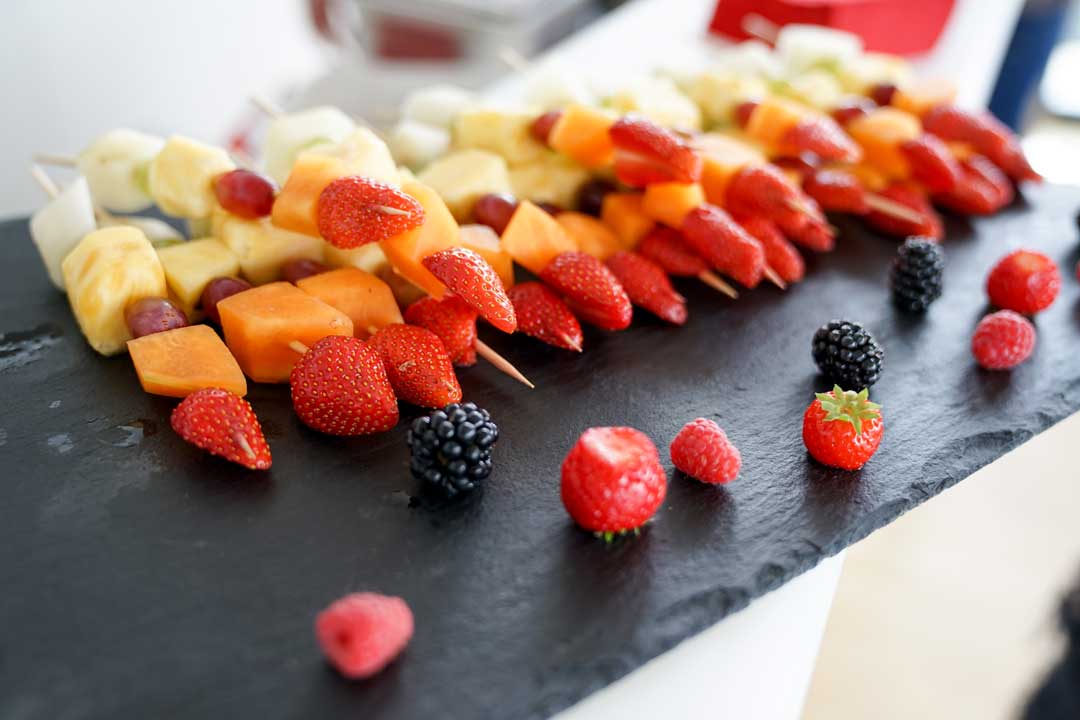 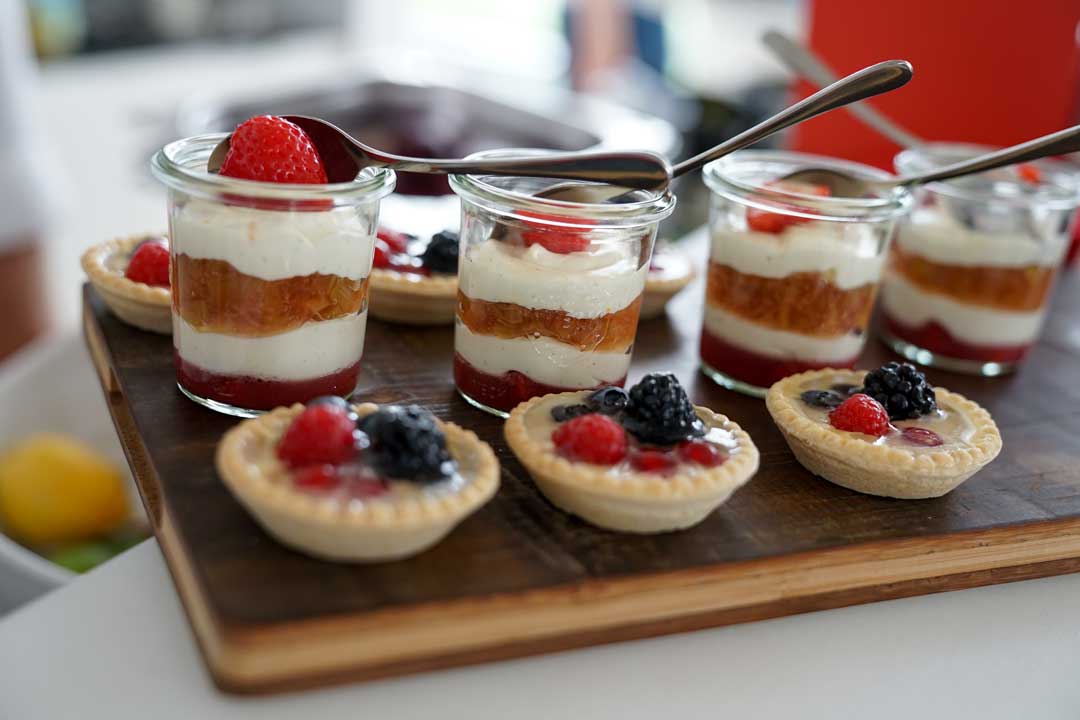 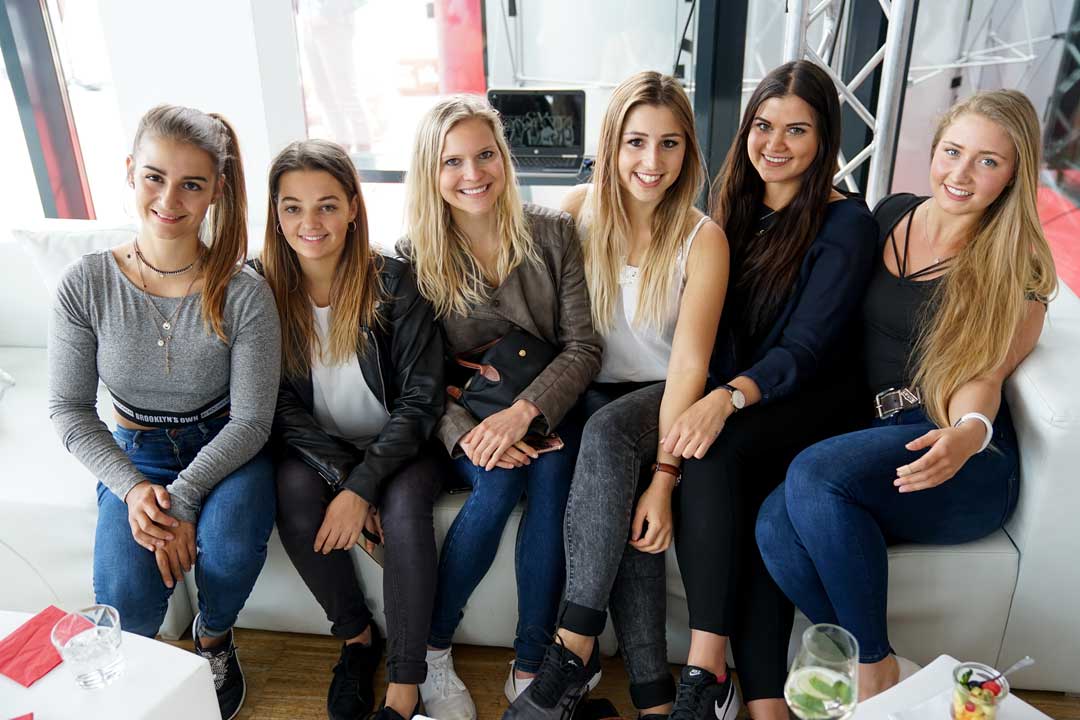 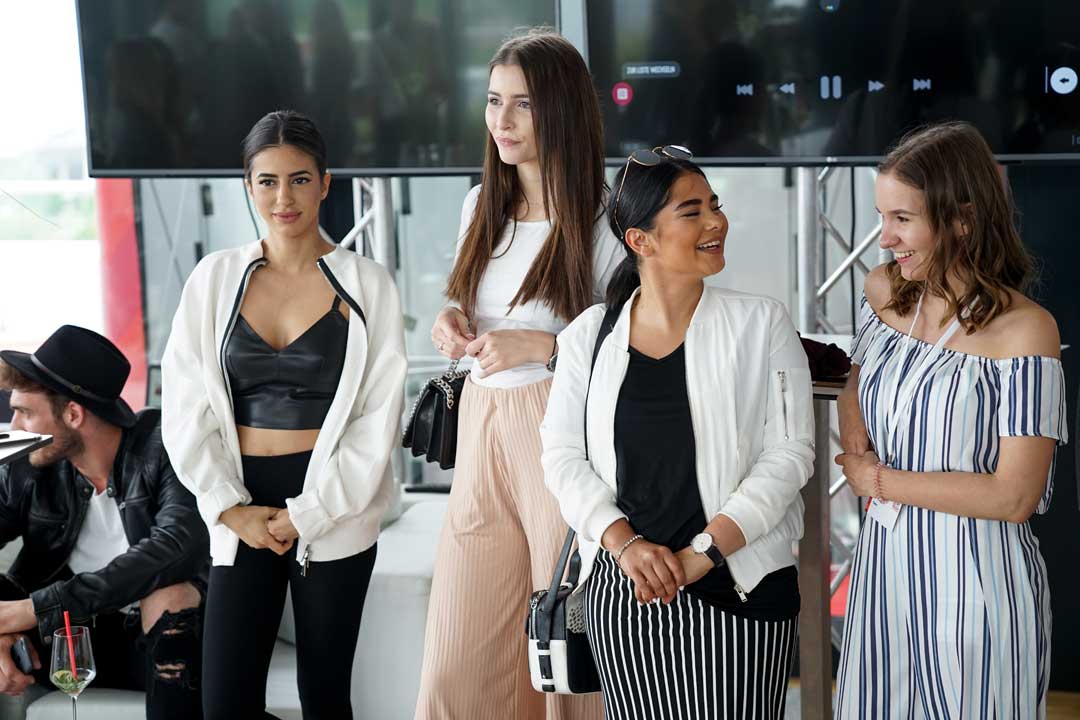 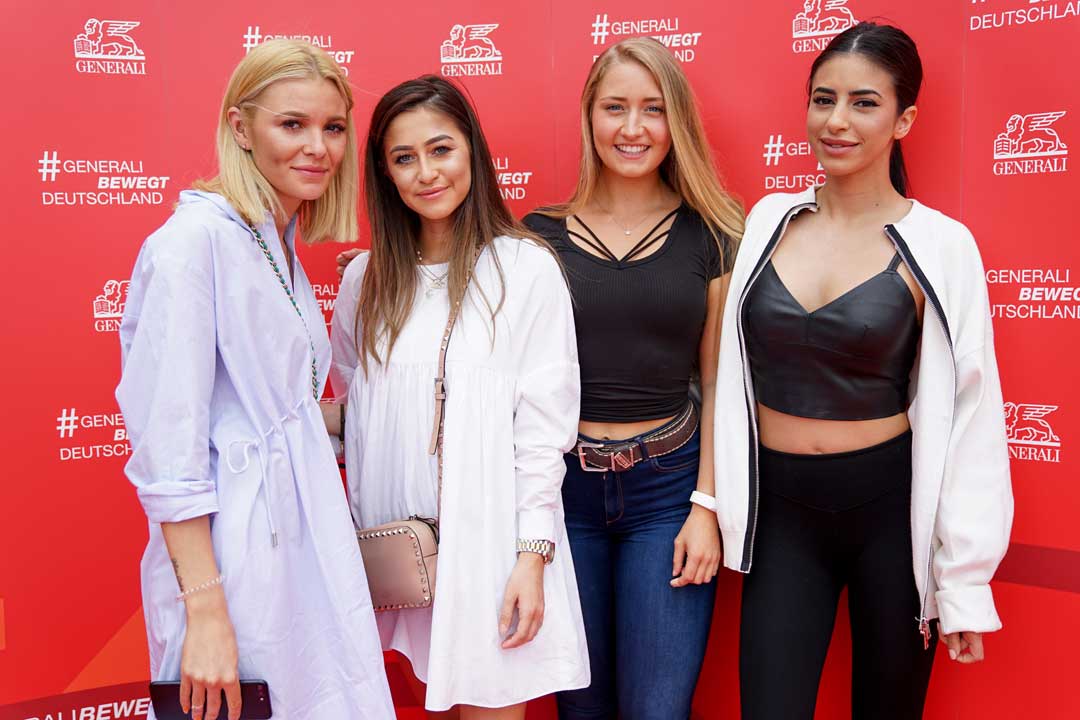 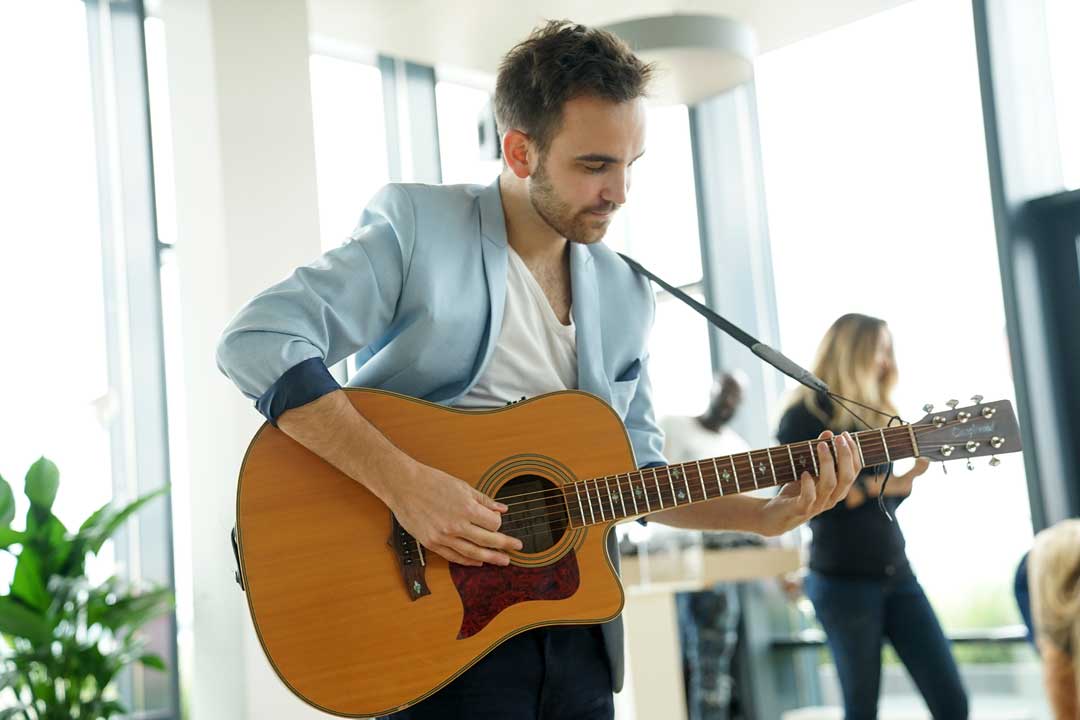 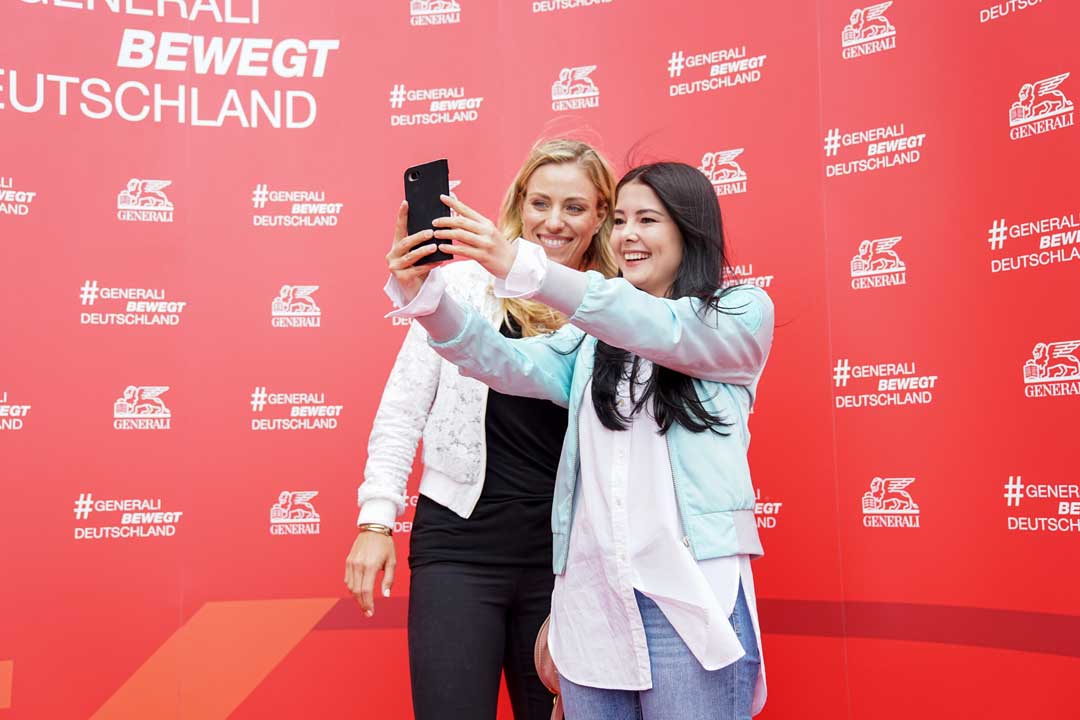 Bloggers and influencer events bring people and brands together

Do good and talk about it! With the award award we support athletic, young people in their actions. They are role models for a whole generation. They have influence and can move a lot with their channels. As brand ambassadors as well as role models, we brought together fifteen young people, for the start of a whole campaign. Generali Moves Germany. Patron Angelique Kerber will visit many more events and motivate Germany to do more sports! For a healthier, happier life.